What Kind of Love is this?

The final part of chapter seven in Luke’s gospel describes a scenario which has become familiar; it, or a version of it, is recorded in each of the gospels, happening at a variety of times in Jesus’ ministry.
And, apart from the fact that we still don’t expect to see people weeping and using the tears to wipe dirt away, it is not now terribly shocking. We know the story; we can probably picture the scene more or less. We know that there are a number of people gathered; we know the host is a Pharisee; Luke doesn’t tell us who this woman is – all he offers is that she is a sinner. A sinner. Oh my goodness! What does that mean to us now? And to them, when this was first recorded. A sinner.
That descriptor: sinner; is not so fashionable nowadays is it? we don’t talk about sin. Ugly, dark, life-sapping sin. We prefer softer words; mistake; missing the mark; if someone tend to misbehaviour we wouldn’t want to tar them with that name – sinner. It seems far too judgemental; far too harsh. Yet, for Luke it tripped of the pen with no problem at all.
The Pharisee, Simon, was not kind; at least, he was not a welcoming host to Jesus, even though he invited him to come. He was not invited as an honoured guest; more likely as a spectacle for his friends and other guests – see I have the preacher, the healer here in my house. I’m sure his other guests were welcomed in the usual manner, in the correct manner; a foot washing to get rid of the dust of the road; a welcome embrace and kiss; oil for anointing; each was merely common courtesy, not special treatment. Jesus was there as a guest; but not necessarily as an equal.
The woman. Ah yes! The woman is nothing less than an interloper; she would never have been invited into the Pharisee’s house, sinner or not; it was simply not done to invite an unescorted woman into your home unless she was a relative. Nor was it acceptable to speak with her, let alone allow her to embrace you, wash you, kiss you, anoint you. Her behaviour was outrageous. Nothing less than scandalous.

The conjunction of these three people in this house is, on the face of it, simply wrong. And yet, here they are, and their actions and words are considered to tell of something of such importance that each of the four gospel writers felt compelled to record it.
So, what is it? what is so important that we hear it again and again; we know it; all the multiple layers gleaned from hearing each of the versions; what is it that we must hear, and know, and take on board?
Love.
Love is the thing
Love is the essence of it all.
Our English language is so limited when it comes to that simple four lettered word: L O V E
In Greek there are four different words; all depending upon how it is used; what relationship is being described.
Food – love roast lamb!
Family – love my sister
Action – love walking out in the countryside
Passion – love my husband
The woman; the sinner she loved Jesus with gratitude for all he had done, could do for her. She had seen and heard him; probably in among the crowd, witnessing his kindness, his compassion, his gifts of healing, listening to him explain that God seeks us out; each one of us. Seeks to know and love us; whoever, wherever, whenever, whatever. Because of that she dared to hope, dared to dream of a new life, a fresh start, she was led to act on it, show it, demonstrate for all to see.
She did not care who saw her; what they thought; the only important thing was to be there, to offer him whatever she had.
She was a determined, persistent woman.
She will have had to force her way in
She will have needed to remain in the shadows until the right moment. Uncovering her hair was sinful; touching a man who was not family or husband was sinful; being in the company of so many men… sinful. She did not care, she had nothing more to lose.
She was going to see Jesus; she was going to give him her greatest gift – her love and devotion. It was all for him.
All for Jesus
And still now, all these millennia later we remember her.
May we also learn from her: to show love; to be kind; to offer what we can, when we can.
May we also learn from the Pharisee: that Jesus knows our inner thoughts, can see through our outer veneer. Privately he thought to himself, if Jesus was really a prophet… and no sooner was the thought out there, Jesus called him on it; taught him through it; showed him, real love, real compassion, real generosity, in his home, but not at his hand.
Wherever we are; we can choose to be kind, or not
We can choose to speak out, or not
We can choose to act for good, or not

We know what the woman, sinful though she was, chose
She persisted
She acted
She loved


May we too, choose those ways. 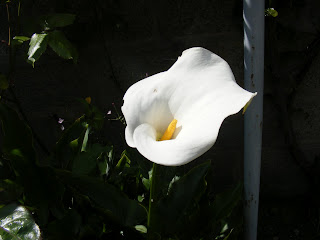 Some things are inevitable.
We are born, we will die.
Some things come when least expected, least wanted, least anticipated.

The Roman centurion we are told considers his servant to be precious, beloved.
He is attached to the servant, and cannot bear to be parted. Knowing how ill he is, that he is indeed literally at death's door, he sends local friends, Jews, to plead on his behalf, to ask that the prophet, the teacher, this miraculous man should help.
The Roman is a foreigner, an oppressor, he may be fair and righteous, but that doesn't stop him from still being a foreigner. Why should Jesus help? He is not Jewish; he is not one of Gods people... Or is he?

The widow, it is important to understand that her status as a widow is precarious, widows are status less, they are at the mercy of relatives to look kindly on them. She had been blessed to have a son to take care of her on the death of her husband, but now, her son dead, she is bereft, broken, anguished, for she understands what is to come. She will be left alone in the world... With nothing. The widow, wrapped up in her grief, in her despair. Did she even know Jesus was in town? Did she even know who he was? As he approached the funeral procession, did her heart leap with a tiny spark of hopefulness? Or was she unaware of his presence?
It is difficult for us to know. She certainly didn't ask Jesus to help, nor it seems did she have any expectation. Yet Jesus, seeing her, is moved.

The centurion, having sent his friends along, thinks better of his request. Who is he to ask this? It seems unlikely that he felt humility or lacked confidence. Rather, he was aware that Jesus was on a mission, he seems to be aware that the detour would stop Jesus from attending to other, more worthy causes. So he instead turns his plea for help into an amazing statement of faith.
Lord. I am not worthy to receive you, but say the word, and my servant will be healed! Assurance. Confidence. Propriety. All should be done in the good and proper way. Jesus, hearing this is moved.

Jesus, hearing of great faith
Jesus witnessing overwhelming grief.
Jesus moved to marvel and to compassion.
These two stories carry important markers; important elements of Gods plan for humanity.
These two miracles are confirmation that Jesus’ message was for all. All people. All humanity.
Even the foreigners. Even the marginalised. Even women and slaves. Foreigners and outcast. Jews and non-Jews.
Jesus is taken aback. He cannot quite believe that a foreigner has such faith, such confidence in his ability. Not only is his request granted, but Jesus proclaims that this faith is greater than he has ever witnessed before.

Out in our world, it seems that faith is in scant supply. The world wants us all to rely on our own strength, to look after our own interests, to look inward, to be self-reliant, and unyielding. This could not be further from Jesus message of love, compassion and hope, Jesus’ command to look after the outcast and stranger was not new, it came from the prophets, it came from God's instruction to look after the widows and orphans, to care for those who are in need, to bring hope to the hopeless.
And, that message, that instruction is as powerful and important today as it was then. Maybe even more so. Our generation has lost sight of it; our generation has become self-sufficient; our generation does not like to ask for help or rely on others. We have become insular.
As you know, I have just returned from America. My friends are witnessing turbulent days; there is an air of anxiety and mistrust I have not seen before. People are angry. Angry about many things, but most of all, about the extreme views and opinions that have suddenly become acceptable, and thus are being put into action. Angry voices fill media streams. Reaction and consequences – marches peaceful and heartening. Followed by ugly name calling and veiled threats. There is a tangible sense of anxious anticipation among my colleagues and friends that this will not end well. That something will give and then – well, then who knows what will happen.
The phrases, “fake news” and “alternative facts” appear light and comedic at first; until you realise they are not joking; that there is indeed a version of facts, a version of the news that seems to be based not in fact but invention. And, those who call it out – who name the lies are made vulnerable in ways we, they, hoped never to see again. History is being written as we watch from the side-lines.
Jesus marvelled at the faith of the centurion – a foreigner who was aware of the thing he was witnessing.
Jesus felt compassion for the widow and her son – reaching out and touching them in their misery and fear.
Jesus is all too aware of what can happen when people challenge injustice and prejudice – but he did it anyway.
As we spend these weeks following Jesus’ journey as told to Luke, and shared for us to see and understand, we cannot just sit back and wait. Jesus calls us to action. To live as he lived. To react as he reacted.
When we witness injustice, or faith, or inequality we have a choice.
We can watch and do nothing
Or we can speak out. Stand up. Be counted.
Spread the news about Jesus – be people of faith in action.
For the world needs to hear and know that God’s love and compassion is here. And we are charged with sharing it – living it – knowing it.