I think it fairly safe to say, that at some point, we have all had a nasty rash... a minor irritation; a reaction to eating something, or too much sun.
While you have it, it drives you to distraction.
Now, some of you, like me, may occasionally have full blown dermatitis – and it can drive you to distraction... the itch is relentless; you are desperate to scratch it – but you know if you do it will be so painful... whenever I have a flair up it lasts a few days- if I’m really unlucky it’ll be a week. But I have soothing ointment to use; I can use cold compresses; take pain killers... I have to hand everything I could need to ease the situation.
There are those who live with these sorts of skin disorders all the time – not curing or healing, but simply managing the condition.

Imagine if you will; the full blown variety, with no help.
No soothing balm
No cooling compresses
No numbing agents, or painkillers
Just the constant itch and pain – utterly exhausting, demoralising, distracting.

It is no wonder then that Naaman, a man of power, wealth and influence, was prepared to take the advice of a lowly slave girl – anything must be worth a try.
There’s the first miracle in this tale: the little slave girl, an Israelite, was listened too.

Naaman would have given anything.... anything! to be relieved of his affliction, thus he travels with great gifts and riches – if this will work then he must surely pay for it!
How little he knew of God’s grace.
For God’s grace is not earned or paid for
God’s grace is free!
The ultimate free gift
It isn’t complicated you know – it’s simple.

God’s grace is ours to receive, wherever we need it, before we know we want it, grace is there. We don’t deserve it; we cannot earn it; and we surely aren’t able to buy it!
Grace is ours.
That moment of clarity; the lifting of spirits; the calm in turmoil, the hope in despair, the comfort in pain – all seem against the odds, and all can be attributed to grace.

Thus, we come to the meeting of these two men – well, not actually meeting – the messages exchanged.
Naaman wants to feel that something special is happening; something that he can hold onto – something concrete he can really believe in. Being told by (another) servant go and dip yourself in the river, seven times... really didn’t do it for him.

No prayer?
No laying of hands?
No covering with gunk?
No calling down of the deity?
Just go wash in the mucky foreign river... seven, yes, seven times!

Maybe the pain, which had driven him to travel, was so distracting that at that moment he just wanted someone to acknowledge him; to recognise who he was...
“Don’t you know who I am?!”
“Can’t you do something, some great gesture to give me confidence?”
“Surely, it cannot just be – go dip in the river? I could do that anywhere...”

Isn’t this sounding familiar?
The grand gestures stick in our minds
We look to the world, to the big, memorable events. We look at the organization, the complex planning, the minute details... and we forget the bigger picture.

This is what it is like with faith and life too
There are those who talk about their big life changing moment of coming to faith
The drama, the atmosphere the grand conversion moment – and for some that is right and good.
But for the majority of us, it is the simple, quiet going about faithfully, accepting God, welcoming Jesus in, relying on the Spirit for guidance.
No great big showy event
Just the simple walk of faith.

Come.
Walk.
Be washed
Be accepted
Be clean.

Naaman – go dip in the river, seven times
God will bless you
God will make you clean
And Naaman... if it seems too simple, hey! What have you got to lose?
Nothing
But you have everything to gain...

No big showiness
Just God
And us
Keep it simple
Keep it right. 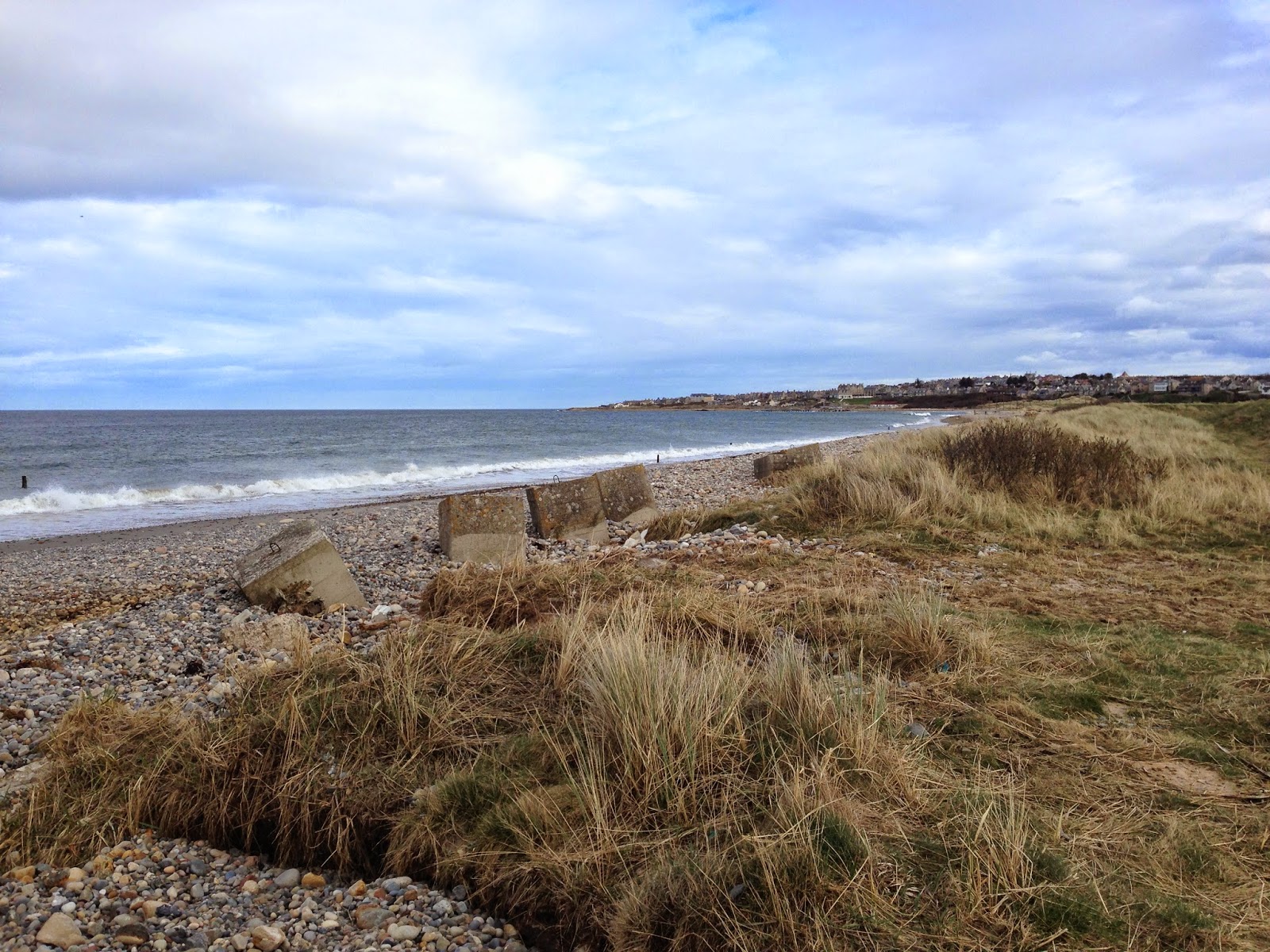 You can have anything, anything at all
Riches, power, success, reputation, anything at all – just name it.
The wisdom it took to ask for wisdom would be enough for me!
For of all the things we have and are and need, surely wisdom and discernment will inform everything else?
Solomon’s wisdom was there, even before God’s blessing, for he understood that the tasks that lay ahead would need the utmost in sensitivity and judgement... though I cannot imagine he would ever have anticipated the two women and the baby.

This is not an easy tale; nor was there an obvious solution.
This is a story, not about Solomon’s wisdom so much as a mother’s love and a mother’s grief... and the search for justice.
This story has specific elements:

Into that maelstrom of pain and anguish comes wisdom’s touch
In the Old Testament in particular in the books of wisdom, wisdom is described as feminine; as gentle; as strong; as resilient... as woman.

Our story today, is about a mighty king, blessed by God
But it is also about the character of wisdom: the feminine - Gentle, caring, loving, honest, true.

The wisdom and the imagination that was able to decide to literally divide the living child are unimaginable. Truly shocking.
And yet.
Solomon did it.
(though, I do wonder if he’d have gone through with it?)

And the mother’s love, so great, she was prepared to give up the child in order to let him live, was sufficient to save her child, restore her equilibrium, and enable the world to see God’s power at work.


As it should be

Face to Face with Reality - sermon for 19th October

Today we have two readings from the Old Testament – the story of Nathan and David, and the psalm:  these go together because the psalm is David’s response to the conversation with Nathan.
The shock realisation, that he was the man, the man who had betrayed God, impacted on David with deep conviction...

But, let’s just pause for a moment...

Last week, the people had reached the Promised Land; Joshua renewed the Covenant... and now suddenly we have skipped forward around 400 years, to David; the second of the kings.
In between many things have happened, lands, people, battles... the covenant remembered and forgotten; the first king, Saul anointed, and his reign established.
The young shepherd boy, David was chosen by God to be the next king, before Saul’s reign was over. Saul lost favour with God; and God chose another, yet, this chosen one, who was loyal and faithful to God, was still flawed, still only human. He turned from God; he caused the death of another in a selfish and self-seeking way; and foolishly, he thought he’d got away with it!

He had forgotten, the eternal truth that nothing can be kept from God; that God knows our hearts, and knows all that we do... and even though we may take great pains to hide it from others, we can never hide it from God.

David may have been flawed, but essentially he was still a man of faith; he was still loyal to God. And thus his repentance is poured out in psalm 51.
He knew that even though in the world’s eyes he may have wronged Uriah; in reality his sin was against God.
For first and foremost, his sin was a consequence of turning away from God’s teaching; of abandoning God’s laws; he had sinned and that sin was against  God.
He had abused his power
He had manipulated and corrupted and coerced: because he could.
And he knew.
He didn’t really need Nathan to tell him; but he needed someone to remind him:  God knew... God knows...

That feeling we get when someone we love and respect is disappointed in us – cuts to the heart.
We feel it physically in the pit of the stomach
And it goes deep

Thus it was for David
He had let God down
He had used the position God had given him for his own selfish ends
He was wrong, and he knew it, but he also needed to be told...
He needed to be made to face up to the facts
Thus Nathan, the trusted advisor, the man of God, the prophet was sent to tell the king a few small truths.

This is how I imagine Nathan might have responded to the word from God:

The old man sucked in deeply

How to go and tell the King he is wrong?

He has acted unjustly?

He is about to be punished by God?

He sighed – sometimes the best way is to tell a story....

But the king’s reaction was quick!

The old man held back his smile...

You have done this terrible thing

The sentence hangs heavy in the air

Take a long, hard look at yourself:What do you see?

Now what do you see?

Who do you see?

Is it a good person?

Or is it someone who bends the truth, manipulates the odds, takes advantage?

Nathan gave voice, to what David already knew
Listen in yourselves, for that still small voice
Next time you look in the Mirror.

Over at the RevGalBlogPals blog, Karla asks us to answer five random questions for this Friday.... Today I begin a week of leave, and I have time to indulge a little... so here goes:

1. How do you sign off in your emails, professional and personally? For example, you say “Blessings”,“Take Care”, “Remember, the Devil is watching you” (o.k. just kidding on that one.) Let us know and why…

Usually blessings, or, every blessing, if it's more formal, probably sincerely, or, regards, occasionally, yours aye, and then for the closest loved ones, love, lots of love, love always...

2. If you were an animal TODAY, what is it and why?

Feeling the need of a good blow out, so it'd have to be something fast... Like a horse, free running on a beach...along the foamy shore line. So need to get to the sea!

3. If you get snarky, what triggers it? If you don’t get snarky, please, what is the secret?

Tired! Always when I'm tired I feel the fuse getting shorter and shorter. Bad behaviour, patronising... people telling me what I need... Really?! How do they know!

4. Look up from your computer/tablet/phone screen. What is the first favorite thing your eyes land on. Describe it. (For example, I just did this, and my eyes landed on a little angel made out of multicolored wires whose head and wings are quite askew because of being chewed upon by my puppy. That aside, I love it because it was a gift from two little girls who came often to my office in my last call to play with all the tshotke on my table. They wanted to add to it.)

Sitting in my kitchen and on the wall is a small collage I made of me and my boys... And my family, parents, siblings, nieces and nephews, my BFF, it warms my heart every time I look at it. Especially since I get to see them so rarely.

5. Do you have a favorite pair of socks? Tell us about them!

This so made me smile! I have some soft bed socks, white with pink hearts, worn at night when I change into jammies. I cannot bear to have cold feet, so they are now being worn every night....

Thank you to Karla for spreading some joy today as I stop and play!