The time has come
Farewell, not goodbye
For we trust to meet again in the new light
The time has come
Planning complete
All was as it should be
Joy and happiness
The making of precious, beautiful memories
And at the last, the beloved at her side
The time has come
The parting leaves a gulf,
But as the memories live on
So does she
Her smile, her laughter
The twinkle in her eye
Her grace and serenity
And the footprints she leaves on our hearts
The time has come
To say farewell
And, we'll meet again
In the place prepared for us
As we have been promised
The time has come....
She's shining now in heaven
(http://julie-acountrygirl.blogspot.co.uk/2013/12/a-light-will-shine-in-heaven.html)
Posted by Julie at 16:56 No comments:

Matthew 28.
sermon for the 8.30 Resurrection Service 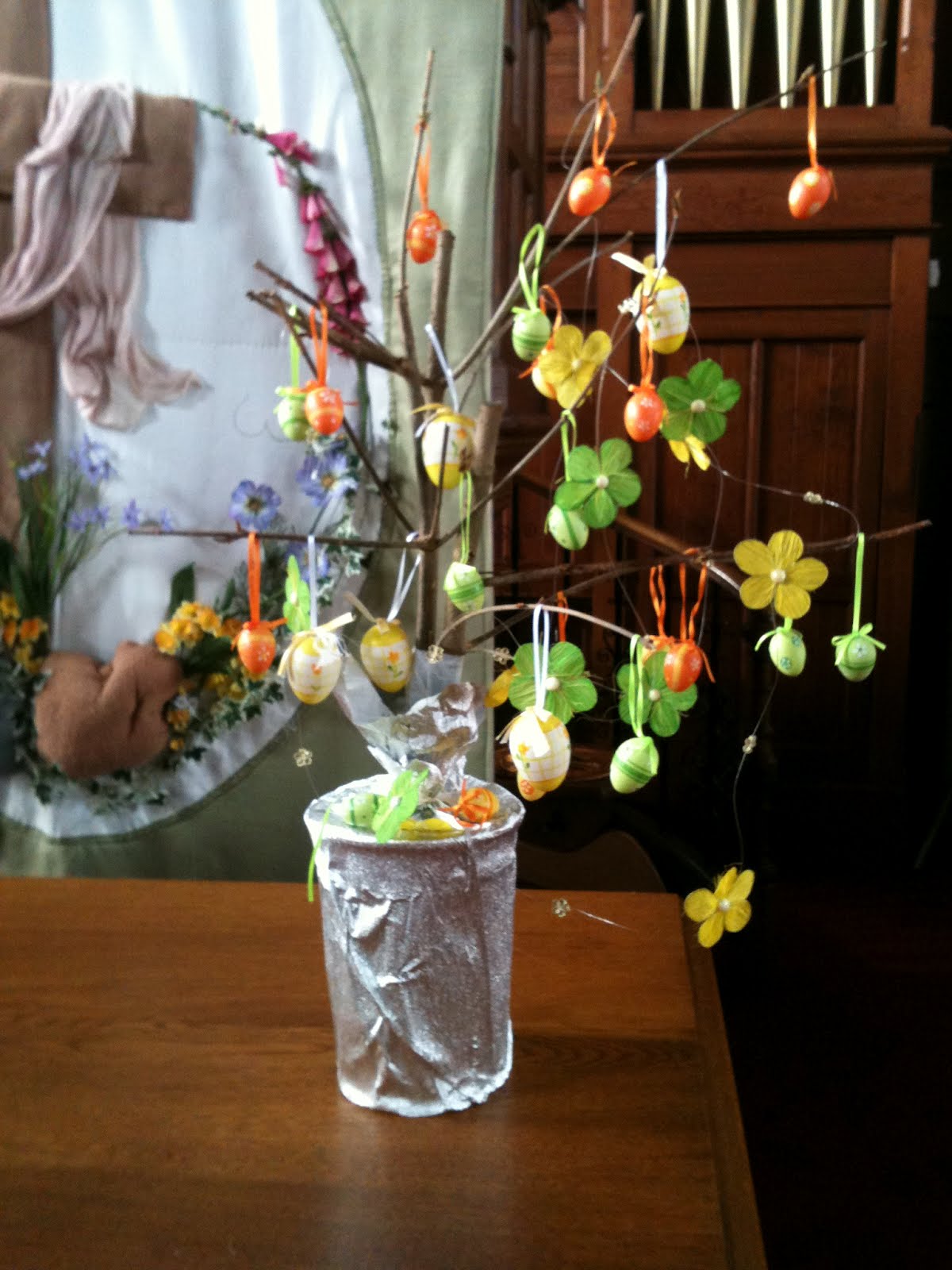 Early in the morning, just as sun was rising
They went, quietly, gently into that place
Seeking to do one last service to their beloved master
To wrap him properly, to caress and embalm; to bring fragrance into the stench of death

I still cannot begin to imagine how they felt when they arrived to find, not a sealed tomb, but something completely other
An open grave
And no sign of him...

It was early
Were they dreaming?
No, for they all saw the same thing

Then, not only was there no sign of him
There was a bright shining mysterious creature
Were they dreaming now?
No, for again they all saw the same thing

“Do not fear” says the mighty stranger, for I believe angels are toweringly tall... thus they always begin every encounter with: do not fear...

“Do not fear, Jesus is not here
He has risen from death
Just as he told you he would”

Come and see – the place were he was lying is empty
They look and wonder
Are we dreaming?
No, for we all see it too

It was early in the morning, and as the wandered, dazed, away from the tomb they met him!
And now they know for sure they are not dreaming
And suddenly
The quiet, gentle, sombre party is transformed!

It’s early in the morning and this is a brand new day!!
A joyous, wondrous, amazing spectacular New Day!!

Go!
Spread the news – tell everyone
I am here
I am here with you
And life will never be the same again!
Amen

Crowds...
Crowds of people – happy, excited, going with the flow and just going along for the sheer joy and excitement of it...

Waving and clapping
It’s really easy to get taken in
Carried along
Swept up...

It was easy then
And it is still easy now

And then... from euphoria to outrage, anger, righteous indignation...

Who is this upstart?
Who does he think he is?

Telling us what to do
Criticising
Upsetting people
Causing a stir
Making a spectacle of himself, of everyone

Just who is this man?!

The sense of indignation and growing unrest begins to build
People are stirred up...
And not only the people
The powers that be are unhappy too... they too are asking, who is this man?
How dare he challenge us?
How dare he throw a tantrum; upset the merchants (doesn’t he know we have an interest in that little enterprise?)
Who is this man...

Others suspect
Others know... they have travelled with him; listened to him; followed him; given up everything for him
They are privileged: they KNOW

But even those who know, do not understand – yet.
They still hold on to the notion; the hope; the image of the Messiah as a warrior king
Someone who will come and do much more than just turn over a few tables...
They imagine themselves as part of the conquering army
Triumphant
Carried away as heroes...

And they will be; but not as the heroes they anticipated...

Meantime... the unrest grows
This outspoken man must be silenced
Control must be regained
The status quo has been rocked enough
They think they are taking the moral high ground
They think it is for the best
Silence this one
And everything will go back to normal again
Everything will be restored, and they will be back in charge

Just get him out of the way
How? How to do this without making things worse?
If only there was a way in to the inner circle...

And there he was: one of them; impatient for change; impatient with the way of peace... offering to deliver the Man
It was all so easy...

And then – well a few choice words
A few pointed comments
And before you know it the mob is all excited and in a frezy again
But this time they are not shouting Hosanna!
No!!
No more hosannas...

It’s easy when you know how
And the religious ones; the leaders sat back and let the crowd, the mob, do it for them...
And they thought they’d won...

But God’s plan is bigger, and better, and bolder and more outrageous than any scheme of man could ever be...

Hosanna to crucify
Who is this man?
Jesus of Nazareth
Son of Man; Son of God
Five days
To make God’s plan work
To give every man, woman and child the hope of eternity
Five days
That changed the world
Five days
To give us hope
Five days

Sermon April 6: Can These Bones Live? 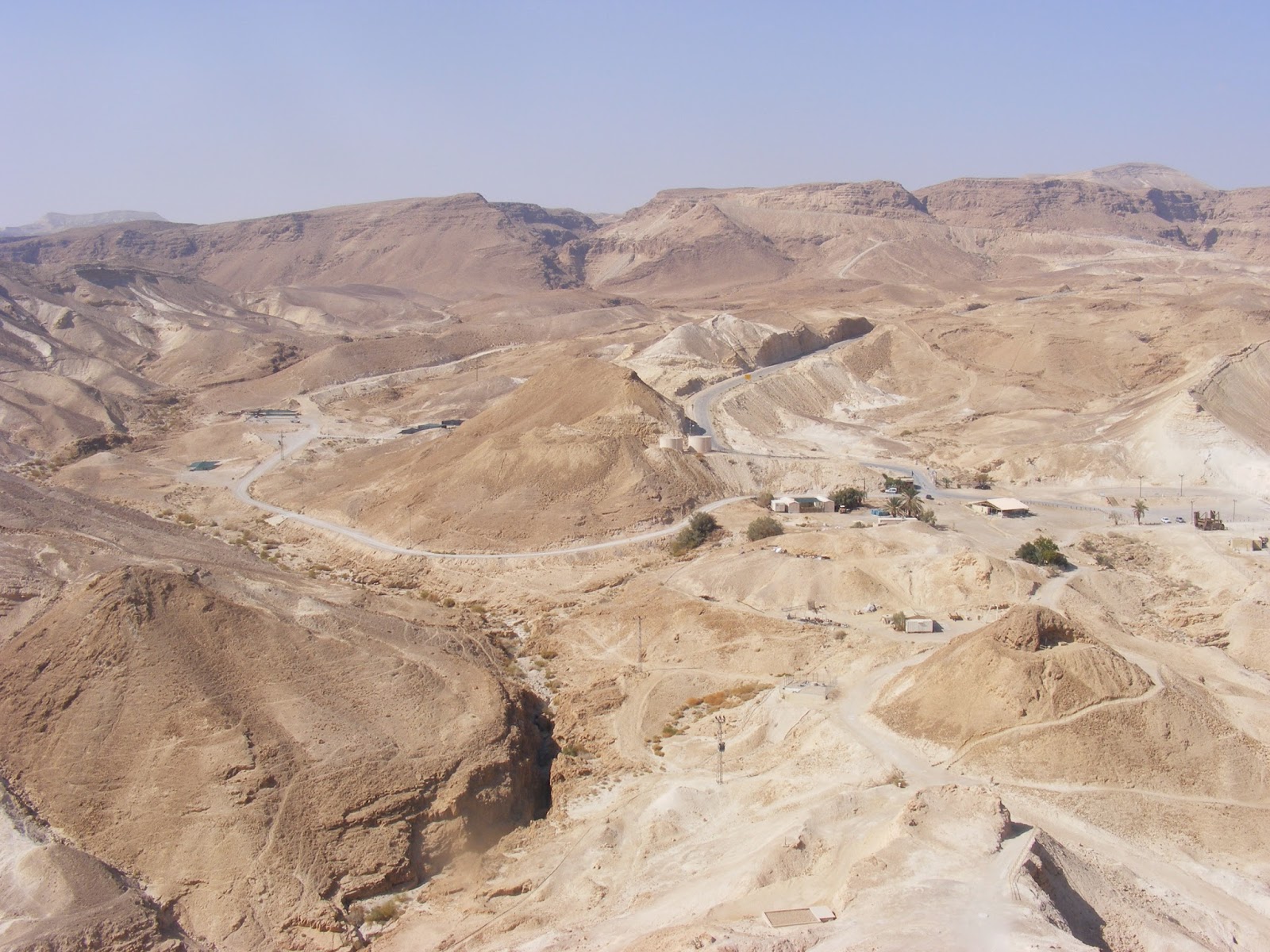 I wonder how many people remember the Ray Harryhausen films?
From the 1950s through to 1981 he created films which captured the imagination... using what was then state of the art stop motion photography, his figures came to life.
This week’s Old Testament reading put me in mind of one in particular: Jason and the Argonauts, and the skeleton warriors.

These bones rising up from the ground, joining together and advancing towards Jason was thrilling... and to be truthful, even now I love to watch one of his classics: Jason, or the adventures of Sinbad – the skill and patience that went into creating this illusion is breathtaking...

But of course – it is an illusion
Models
Cameras
And minute attention to detail are what made these films so innovative – now of course, it is all done with computer graphics and blue screens, and takes a fraction of the time.

But, what the story of the Valley of the Dry Bones reminds us, is that sometimes when we are faced with an insurmountable problem, there is only one answer: God alone knows... yes, that comes straight from the Ezekiel reading today.

From that valley of the impossible, we move to another sort of resurrection, this time not a valley of scattered bones, but a beloved brother, recently dead... yet, still, very definitely dead.

There is raw emotion here
Martha and Mary are Jesus beloved friends; it is to their home he retreats when he wishes to escape the crowds. It was to him that the sisters appealed when their brother became ill...
And, they are more than distraught; not only did Jesus not come
But now Lazarus is dead, and they can see nothing hopeful

The reproach is tangible:
IF you were here Lord
If you had come
If you had responded...
None of this would have happened... grief and raw anger permeate their words.

In both these stories, the resurrection itself is almost secondary: Jesus declares right from the start – this is to bring Glory to God

And Ezekiel’s vision and prophecy is not about bringing a long forgotten dead army back to life, but about restoring hope to a scattered, desperate people

These stories may be old, but there is great truth in them still
We live in a world where many people have lost hope in the church
They on the outside make assumptions based on sitcoms, and soap operas, and a vague recollection of what church was like the last time they were there... when they were children, or at a wedding or a funeral...

They simply remember it as dull, grey and boring
Or sad and helpless
Or as somewhere you had to go before you were allowed to the party...
Now, we know church is not like that – don’t we?

But how do we get that message out?
How do we tell people that the church is trying to address the needs of new generations, new circumstances – new traditions?
Well – yesterday in our own church hall was one example of how
You can’t tell me that church is dying when we have families coming together to share fun; to listen to the stories of Jesus; to learn that God loves them and to have fellowship around a meal table...
Because that’s what happened yesterday

Our first venture into Messy Church was hard work – and would have been impossible without the marvellous group of volunteers who prepared, and led, and encouraged, and prayed, and donated baking, and chatted, and kept up a continuous supply of tea and coffee to the 12 families who attended

Yes!! 12 families!
And their 26 children!
14 parents...
And in amongst that melee – new relationships were forged
And the Good News was shared 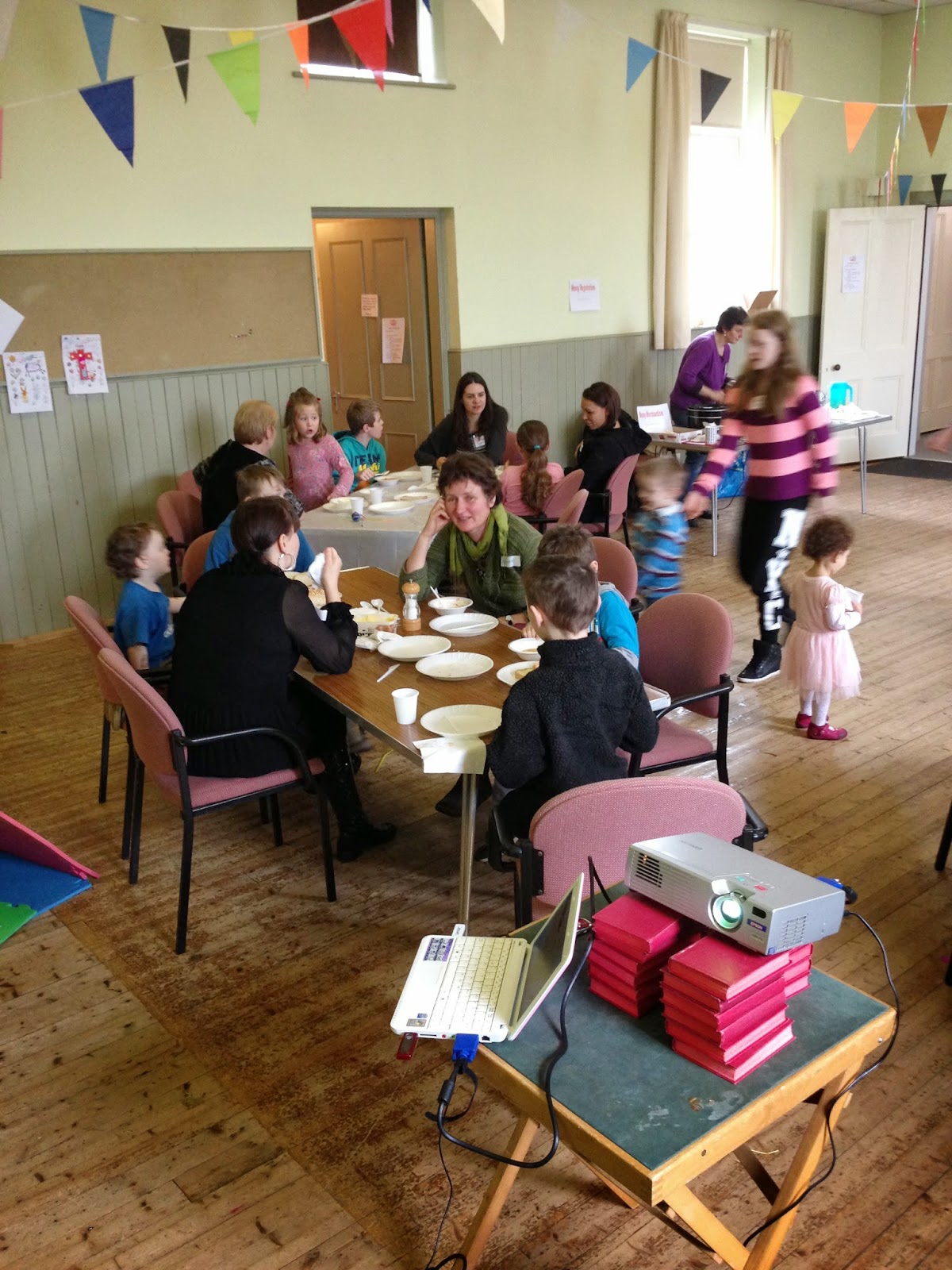 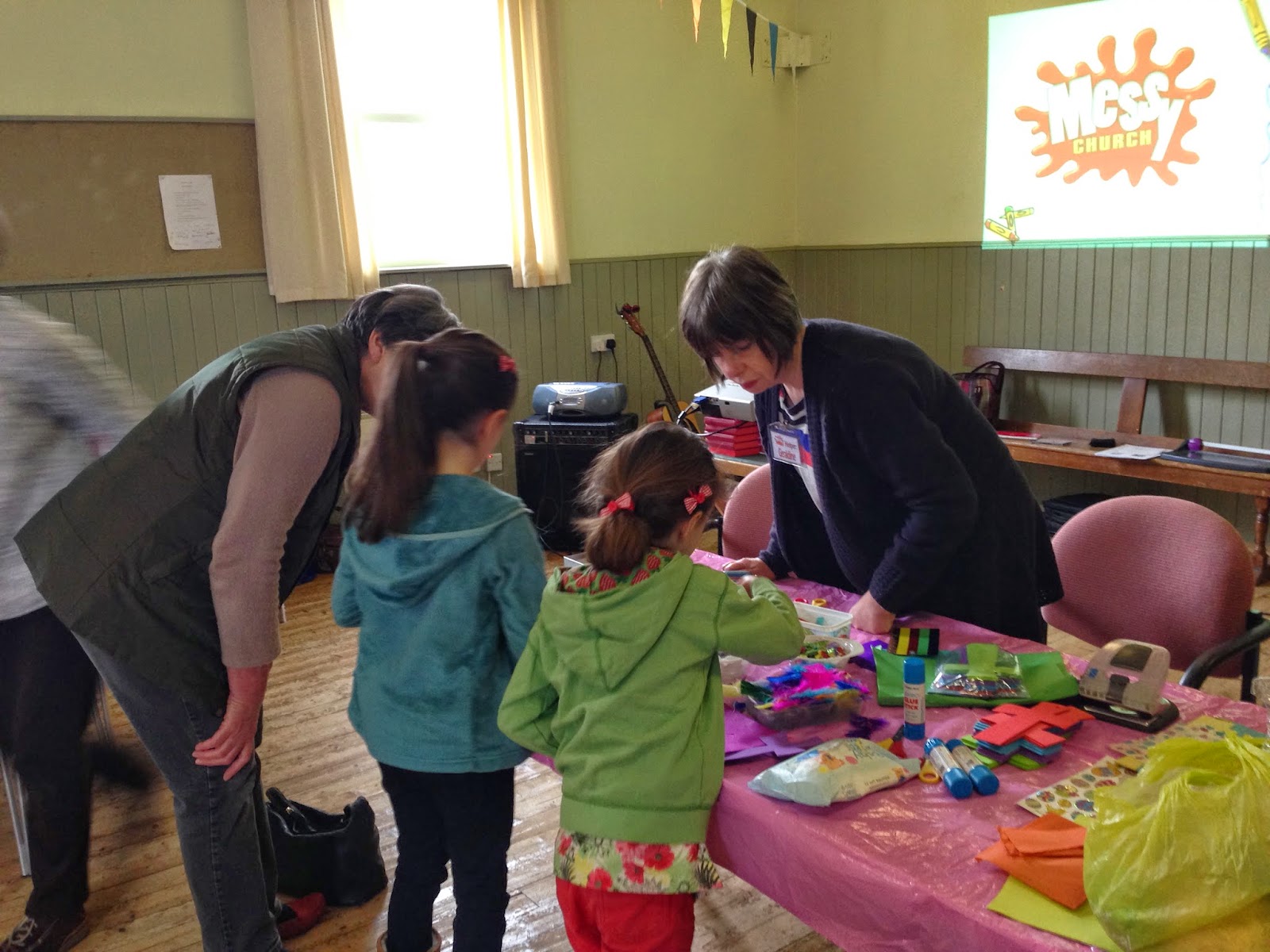 On Friday I prayed Ezekiel’s prayer as I thought about what would happen on Saturday: Lord, only you know
Only you can answer the question

In the reading the word Ruach is used eight times, translated as both breath, wind and breathe
Ruach is the breath of God – the Holy Spirit
And the Spirit blows and inspires (breathes in) and new life comes

God says to us: “you say the church is dried up without any hope and no future – but I will put my breath into them and bring them back to life...”

Jesus wanted everyone to see just what is possible with God

He didn’t go running to Martha and Mary when Lazarus became ill, because he wanted the people to have one, brilliant, amazing sign to hold on to...
Because with God nothing is impossible!

Jesus was on the final leg of his mission
Jerusalem was in sight
The final chapter was about to begin
So it was vitally important that everyone saw a glimpse of God’s power at its utmost: yes, even a man who has been dead and buried for four days can be brought back to life... with God nothing is impossible

When we look at the church and find ourselves asking the question: can these dry bones live?
Remember the Breath of God – the Holy Spirit is with us to the end of days

The Breath of God can breathe life into ANYTHING!!
Even our church
Or maybe...
Especially our church
Amen

a reflection on John 11: the death and resurrection of Lazarus

She was fizzing
Hopping mad
Distraught