The time is Coming - sermon for 6th December

Prepare in the wilderness a road for the Lord!
…the glory of the Lord will be revealed, and all people will see it.
(Isa 40:3,5)

It was said that John the Baptist was the messenger who fulfilled Isaiah’s prophecy; the world waited with baited breath; there was turmoil; there was war; there was civil unrest; violence lurked on every street corner.
The people were afraid; the people were oppressed; the people had had enough.
Enough – they said
Enough! God replied
Enough suffering
Enough punishment
Enough waiting…

The people of Israel were living in exile when Isaiah wrote his prophecy down; they were in the wilderness, searching, seeking, hoping for something better. They needed comfort more than anything else; a symbol of hope; a picture of something new… and Isaiah gave it to them.
But, it isn’t just given; they have to act. The voice tells them: Prepare! Clear the way! Do stuff!

Not easy stuff either! Fill in the valleys; level off the mountains… this is hard, physical, demanding work but the rewards will be great.

Over on our online discussions on this passage earlier in the week, one asked – but what if we like the view from our mountain? What if we like the shelter down in our valley?
What if we don’t want to change, but we just want the stuff to happen around us? Or we are too scared to change – fearful of the outcome?

Because… what happens if we do the work; carry the hope; believe the promises and still at the end of it we do not feel better off?
At the end of it, the world isn’t a better place?
There are still bad people out there who want to kill and maim?
There are still powerful, power-hungry people out there who think nothing of taking advantage of those who have less; those who are different; those who are vulnerable?
What do we do then?
How can we take this prophecy, today in the 21st century, when it feels like the world has gone mad…?

What is going on?
What is happening in the world?

Here we are, preparing the way for Advent; getting ready to remember the story of a refugee family; living in a country that is occupied by a foreign power; travelling great distances; fleeing death and destruction…
What are we doing?
What is happening?
What can be done?

Enough!!
Enough of this.

Every news headline brings prayers and thoughts for the latest atrocity; the latest tragedy; the latest round of death…
We no longer know what to pray; how to pray; where to pray for.
Yet, Isaiah’s prophecy remains.
There is still a voice, crying out in the wilderness
Prepare the way
Comfort my people
Encourage them not to give up
The time is coming when the glory of God will once again be revealed.
The love of God will once again be heard in the cries of a new born child.

The world may be falling apart before us
And we may be feeling helpless in the face of such adversity
Yet, remember this – we are not alone
God has this
We may, like the grass and the flowers fade away to nothing, but God is ageless, timeless, and God’s Word lasts for ever… for all time… for all eternity.

Another prophet, a teacher, a wise man once said, “There is nothing new under the sun” and it is true.
Generation by generation we see war and violence and horror; it comes and goes; peace restores and is disrupted again and again

Today, rather than finishing with just our time of quiet and prayer I have prepared a slide show… pictures of refugees interspersed with pictures of nativity scenes.
Pray for the Peace of the World 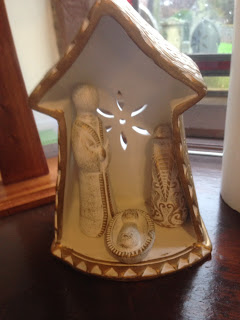