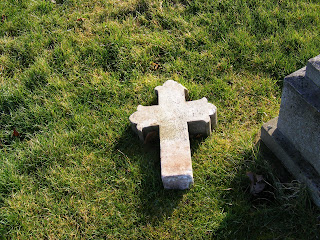 Tonight, at our Lenten Reflections we considered the reasoning offered by four of those who had been involved directly in Jesus' trial: Annas, Caiaphas, Herod and Pilate
Each had their own reasoning - but all were excuses
each thought they were making a decision for the best
each thought they were in control, that they had the power...
here is Caiaphas & Pilate

He had to die, don’t you see?
There was no other way
It wasn’t personal you know
But he was dangerous
He threatened our security – and that was fragile enough
The Romans barely put up with us as it is
If we’d let him carry on...
Well, if we’d let him carry on they’d have been down on all of us you see.
And he knew that really
But what were we to do?
All this talk of the Messiah
It wasn’t fair to let them think they had a chance
Best to get rid of him and let it all quieten down
I wasn’t happy of course, but...
We had to put it right
People need protecting
So, yes, he had it coming, no choice
It was the only way
He had to die

He was different
I admit that
He was different
Not at all what I expected
The stories had even penetrated to my palace
So I looked at him
This teacher, miracle worker – this Messiah
I thought he’d break in no time
I had him flogged
I questioned him
Shouted, cajoled, did everything I could think of, nothing
Well, I couldn’t let it stand could I?
He seemed not to care
And if I’m really honest he unnerved me a bit
The way he stood there, as if he had the power not me
He was different – innocent
I went out to the Jews, but they wanted him dead!
Oh they wanted him dead alright!
So I washed my hands
It’s not my fault
He had his chance
So, yes, he had it coming, no choice
It was the only way
He had to die