One of the Crowd 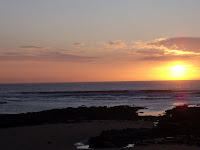 I wrote this a couple of years ago when reflecting on the Passion for Palm Sunday Evening....

Crowds were such a key element of Jesus’ ministry and life
Crowds filled the place where he was born
Crowds obscured him from view when as a boy he stayed chatting in the temple
Crowds gathered for a wedding feast to drink miraculous new wine
Crowds followed his cousin John out into the wilderness and witnessed the baptism of God
Crowds followed him, through town and country, hills and valleys; over the Lake and up the mountain
Crowds cheered and called him their king
And crowds abandoned him
Crowds screamed and cursed
Crowds feared
Crowds ran
Crowds hung him on the tree

Crowds called for blood
And called him fool
And abandoned him
And left him
Crowds left until there were none left
Just Him
And the two poor sods who hung either side of him
They couldn’t run
Couldn’t join the crowd – though one of them would’ve liked to...
and the other took the less obvious route and joined him with an altogether different crowd in paradise
Posted by Julie at 13:28